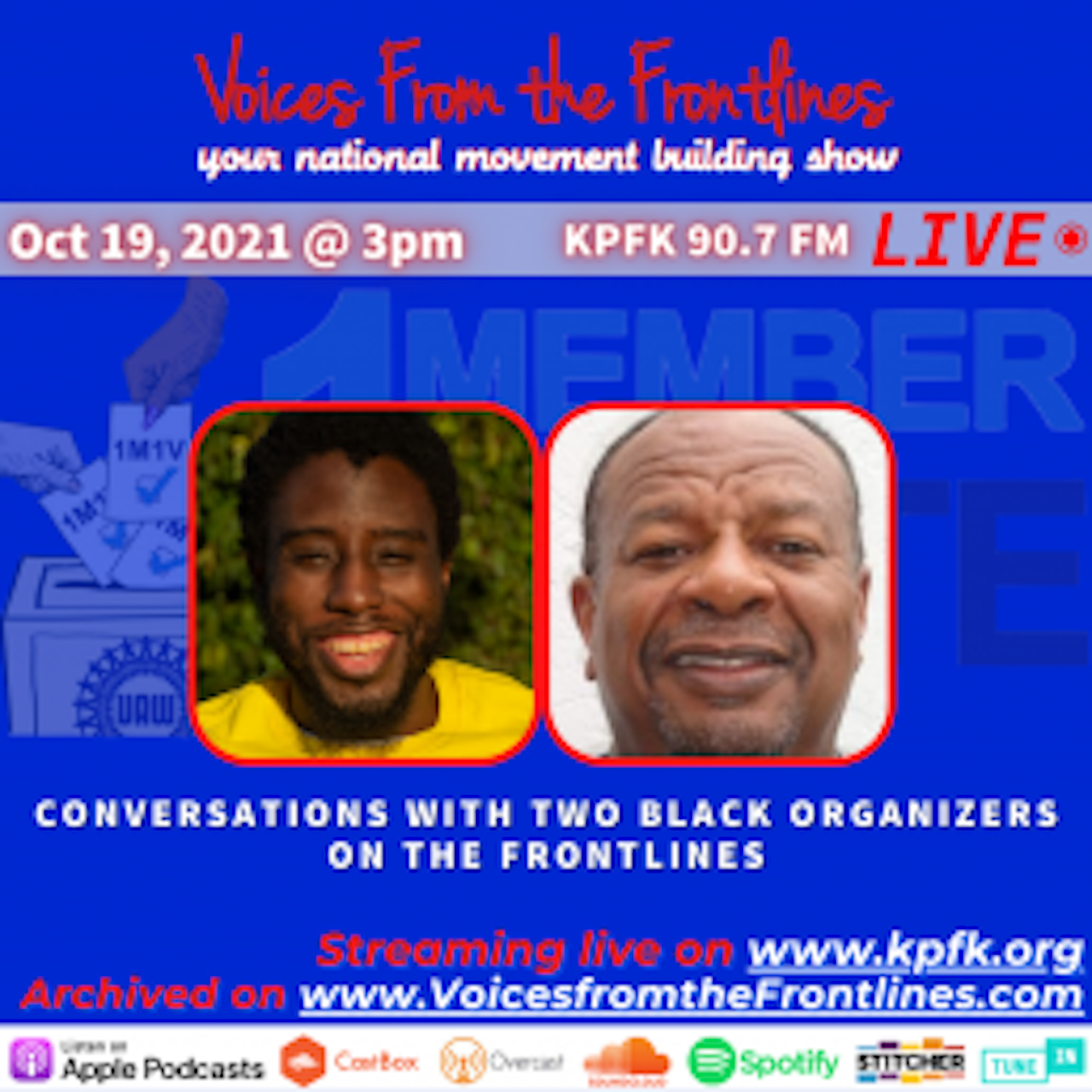 We speak with Mike Cannon and Eric Mann about the United All Workers for Democracy and the One Worker, One Vote (1w1v.org) movement. We also hear from Channing Martinez on the move to “zero-out” the police budget to get police out of LA city schools. Channing also talks about the success of the Black Student Achievement rally on October 14th.

In recent weeks, there have been about 3-4 events in the LA area where school police have assaulted and or taken the lives of young people;
1. Lancaster; student body slammed by school police for replying to an officer who an antagonistic officer.
2. Long Beach; Mona Rodriguez passed away after being on life-support after an officer followed her as she was fleeing a fight on campus. The officer followed her and a friend as they drove away from campus, and shot into the back of their car, hitting Mona in the back of her head. She was 18.
3. Sante High School; Someone in a car, performed a “drive-by”. LA police blamed the school board for the incident as a result of reducing their budget.
4. Culver Middle School; A man was exposing himself on or near the campus. This was seen as a mental health, however the man was shot and taken to a hospital. After the incident, someone posted a video on IG completely amazed that there were about 25 officers and squad cars on campus with military-grade weapons. It’s a war on Black families!

Voices Radio: In conversation with Hollis Watkins, at the 50th Anniversary of Mississippi Freedom Summmer